skip to main | skip to sidebar

The learner can impose costs on himself/herself to make failure less likely. Richard Thaler provides a teacher-learner example of self-imposed costs. Thaler helped a PhD candidate called David who was so involved in so many other projects than fulfilling his PhD thesis, that he was not able to focus his attention on the thesis. Thaler offered David the following deal: “David would write Thaler a series of checks for $100, payable on the first day of each of the next few months. Thaler would cash each check if David did not put a copy of a new chapter of the thesis under his door by midnight of the correspondent month” (Thaler & Sunstein, 2008,46). Thaler said that he would use $100 to have a party without David, but with some of David’s friends. The result of this arrangement was that David completed his thesis four months later. This is an example how a learner is able to impose costs via an arrangement. 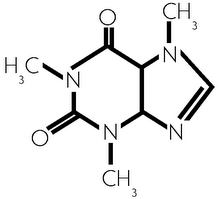